The KeepCup is the world’s first barista-standard reusable cup, designed to replace disposable cups. It’s the brainchild of Melbourne lawyer and entrepreneur Abigail Forsyth who, unimpressed and uninspired by the design of reusable cups on the market, decided to develop her own product with brother Jamie Forsyth.

First sold in June 2009, KeepCup has rocketed to international success. More than 800,000 cups have been sold, saving more than 250 million disposable cups in just two years. KeepCup has quickly grown to become a global company, with the cup available in Australia, New Zealand, the United Kingdom, South Africa, the United States and parts of Asia.

KeepCup currently has companies in Australia (head office), the United States and the United Kingdom, and with global aspirations is likely to further expand its operations and distribution. Although it only has four core products, there are literally 250,000 combinations for configuring a cup, include the colour of the cup, lid and band and custom printing. With around 20,000 customers globally, this adds up to a very complex supply challenge.

Abigail and Jamie Forsyth could never have anticipated the global sales explosion which they’ve achieved for KeepCup in just two years. The first sale from a Federation Square stall in the Melbourne CBD rapidly snowballed and so have the challenges, the biggest of which included:

The most impressive thing about NAV is that when I bought it, I didn’t know how flexible it was going to be. I would almost say that pretty much anything is achievable. Fenwick told me that, but I didn’t believe them. Custom changes seem to be quite easily achieved and as a result are delivered quickly and without great cost.

Fenwick implemented a customised NAV solution that would be able to manage the demands of rapid growth and be flexible enough for this expanding company. Making the significant upfront investment in Fenwick and NAV in the early days may have seemed unnecessary to some people at that time, “but I pushed hard because I wanted a platform I wouldn’t have to move off,” says Jamie. There is no doubt that a lesser system would have constrained growth, whereas NAV has been a catalyst.

“In truth, a lot of people who are reading this case study have got a system that can’t go any further and that’s why they’re looking at NAV. I didn’t want to get to that point. In some ways it was using a sledgehammer to crack a walnut. But if we’d gone for a lesser system, we would have had to have moved,” he says.

KeepCup now has an ERP solution that can handle its complex international structure.

Multi-company and multi-currency needs delivered ‘out of the box’

The Fenwick / NAV combination quickly delivered on the KeepCup corporate structural requirements after some initial setup adjustments. KeepCup first set up NAV with a single database and a single company but quickly realised that they’d overlooked one crucial thing. “The IRS in the USA and IR in the UK aren’t interested in getting a profit and loss statement in Australian dollars,” says Jamie.

He then set up three separate companies in NAV with three separate base currencies, so each company now operates in its own currency, but buys stock from KeepCup in Australian dollars. But even between the UK, USA and Australia, a lot of terminology and requirements are different. In the USA they have a TIN number rather than GST, while in the UK it’s a VAT number. A sales order going to the USA will state on the bottom of the document: ‘Made in Australia, Free Trade Agreement, Harmonised Tariff Code’, because there’s no duty going into the USA. However a sales order going to Canada cannot contain that information, so KeepCup have tailored the software so they can toggle back and forth on required information. International dealings will also become easier as the foreign language packs available with NAV will be implemented over time.

One of the most challenging but creative aspects of the business is a process Jamie calls ‘BOM on the fly’, or ‘Bill of Materials built on the fly’. It’s a very slick solution to the complexity of order variations and the need for supply chain reliability. It required some custom code from Fenwick which neatly ties together the sales order, the purchase order and ultimately the invoice. The outcome is a single document which captures the customer preferences for the cup configuration, communicates this to the warehouse for assembly and shipping and ends life as the customer’s invoice. The key performance indicator for this process is the extremely low error rates which translate directly to the bottom line by virtually eliminating expensive and time-consuming returns. As Jamie says: “if you send a box off to Belgium and they open it up and it’s not right, it’s a long way to come back”.

BOM on the fly is a great example of the ease and adaptability of the NAV platform.

Having enough smarts built in to just do a tiny little job like that…there are hundreds of those things which Tyrone Roberts from Fenwick has been able to help us with.

Jamie had put a finance and administration team of five together by mid 2010 and has been able to maintain the size of this team despite a six-fold increase in sales transactions. “It’s not just been six times the volume, but greater complexity too. We started with one bank account and now we have seven currency accounts in Australia plus Euro and Sterling in the UK and a US dollar account in the USA,” he says. “I wouldn’t say it’s completely smooth sailing, but we seem to be getting more and more on top of it all the time as these things become more complicated.” The reporting module is now delivering much more reliable and complete information despite Jamie’s initial reservations about it.

When NAV was installed, KeepCup’s sales orders were put into the CRM software and then moved across to NAV using Scribe.”CRM is not really a sales order tool, and because of the complexity of our orders we were missing out on quite a bit of data,” Jamie says.”The features we want are all out of the box in NAV, so we’re about to complete a project where sales people will put orders directly into NAV. Information will then be going out to the CRM for use in other areas, such as sales people checking how much a customer has bought before they call them.”

I like Fenwick because they’re fast. I was pretty sceptical…it’s one of the great unknowns when you buy a piece of software, what your support team will be like. In the end, you spend a lot more on that sort of stuff than you ever do on the software.

There’s no formal ongoing support contract in place, with KeepCup paying an hourly rate for Fenwick’s work. Jamie is happy with the speed and expertise that’s delivered, and believes Fenwick is good value for money. If he requests a piece of work which is simple it’s done by a less expensive resource, and when there’s a complex task their best people get the job done quickly and cost effectively.”But that’s the beauty of NAV. I’ve found it enormously flexible. There’s nothin where Tyrone Roberts has turned around and said to me ‘that can’t be done’, and even if he’s said ‘that’s really tricky and hard,’ he usually gets it done at the end of the day. I haven’t tripped him up yet”.

Forsyth feels with some justification that his iterative ongoing approach to customisation is much less risky than trying to do everything at once in a single big bang project. “In some respects, I think the way Abby (his sister and co founder) might think is that you get this piece of software and you’re going to open it up, and then all of a sudden it’s going to do absolutely everything. And to do that is usually such a massive project, where often they fail. “I was not looking for a complete turnkey solution where I expected everything to happen from day one. I like to go beyond the surface of the software and get the most out of it. It’s got better over time as I learn more about it and learn the little tricks about how it’s best used.” 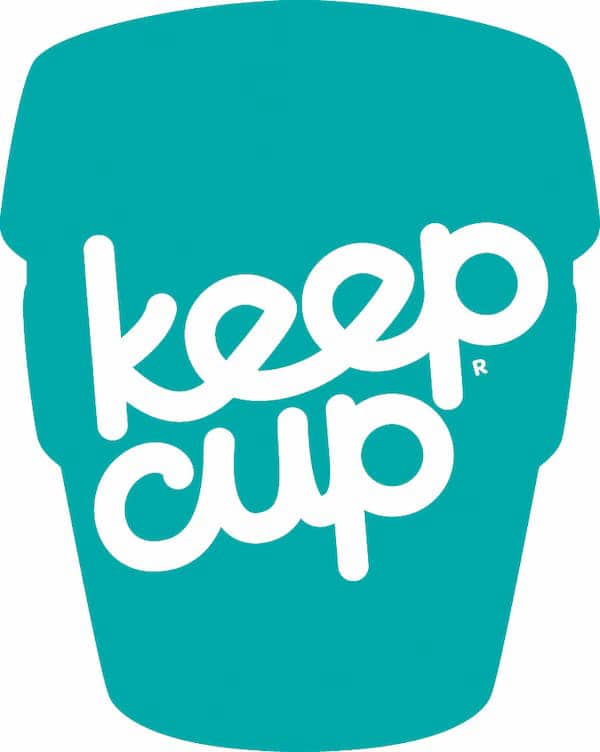 Rapid expansion meant that KeepCup needed solutions for international supply and distribution. The company needed a highly flexible accounting software package which would interface with its existing Microsoft Dynamics Customer Relationship Management (CRM) system, ideally supplied and supported in Australia. It was critical that the system could support a company with multiple locations and
currencies and the complexities of almost unlimited variations in product configuration.

After a thorough review of packages which could interface with the CRM system, Chief Operations Officer Jamie Forsyth decided on Fenwick Software and the Microsoft Dynamics NAV platform. While not the cheapest solution, it was the most flexible. It also gave Jamie a high level of comfort about the ability of Fenwick Software and NAV to support the longer-term needs of the rapidly growing KeepCup business. 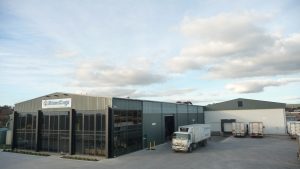 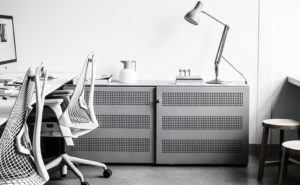